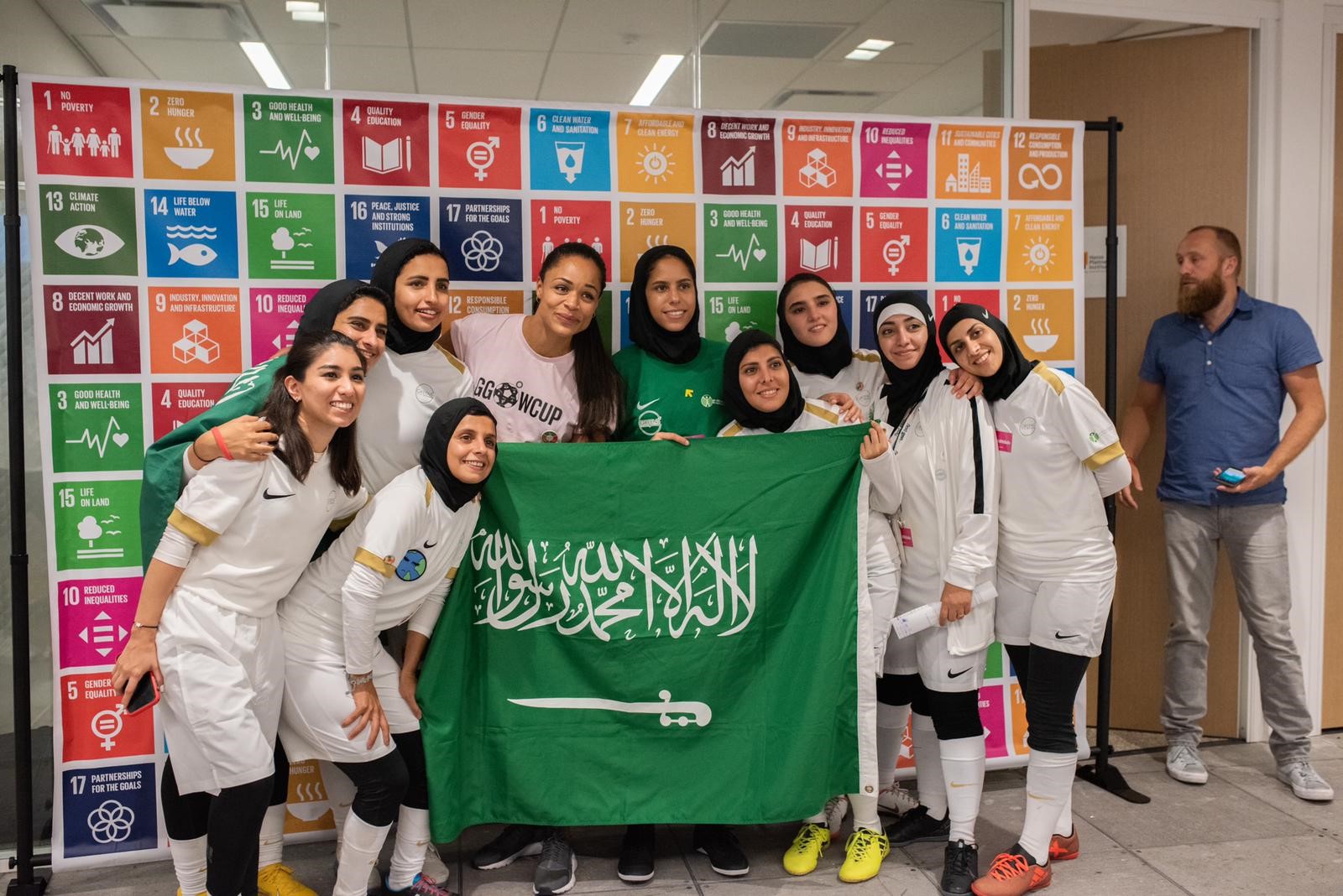 After a dominating tournament showing, The Greens soccer team finished second yesterday in the Global Goals World Cup (GGWCup) tournament in New York City, on the side-line of the United Nations General Assembly. The Greens is an initiative overseen by the Saudi Sports for All Federation (SFA).

They qualified for the New York leg of the event, after their ‎successful participation in the Global Goals World ‎Cup held in Copenhagen, Denmark in May 2019.
Headed by Prince Khaled bin Alwaleed bin Talal Al Saud, SFA aims to promote sports and wellness measures across all of Saudi society. It plans to engage at least 40% of the Saudi population in weekly sports and physical activity by the ‎year 2030. ‎

To achieve this, SFA has developed grassroots and recreational sports programming to engage women, men, youth, the elderly, persons with disabilities, Saudi nationals and the expat community in physical activities and sport.
SFA’s participation at the GGWCup comes ahead of the Kingdom’s plan to host a Global Goals tournament in 2020, further raising awareness of the SDGs while promoting sports as a tool for social and economic progress in the Kingdom.
HRH Princess Reema Bint Bandar Al Saud, Saudi Ambassador to the United States, showcased her support for the Greens team by participating in a panel discussion organized by the GGWCup on the role of sport in achieving UN SDG No. 5. HRH The Ambassador reaffirmed the Kingdom’s commitment to engaging all citizens in sport, women and men alike. The Kingdom recognizes the transformational power of sports on society, and the imperative value of women in the Kingdom’s growing sports economy, HRH added.

“The Greens’ participation in the Global Goals World Cup demonstrates the Kingdom’s commitment to the UN Sustainable Development Goals, and shows how sports and fitness can play a role in confronting our shared environmental challenges,” said HRH Prince Khaled bin Alwaleed bin Talal Al Saud, President, SFA. “Under Vision 2030, Saudi Arabia has made the environment and the overall health of our citizens a top priority,” Prince Khaled continued.
The Greens Team is formed by women leading women, and includes team members from different community sports groups that span the Kingdom of Saudi Arabia. The players came together to play for UN SDG No. 15 Life on Land, bringing attention to the SDGs within their respective communities. They focused on reusable plastics and the devastating effect these plastics have on the environment.
By participating in the UN Global Goals World Cup, SFA and the Greens hope to use sports as a catalyst to raise awareness of the United Nations Sustainable Development Goals, and communicate that every person on the planet can contribute to achieving these markers in their own way.