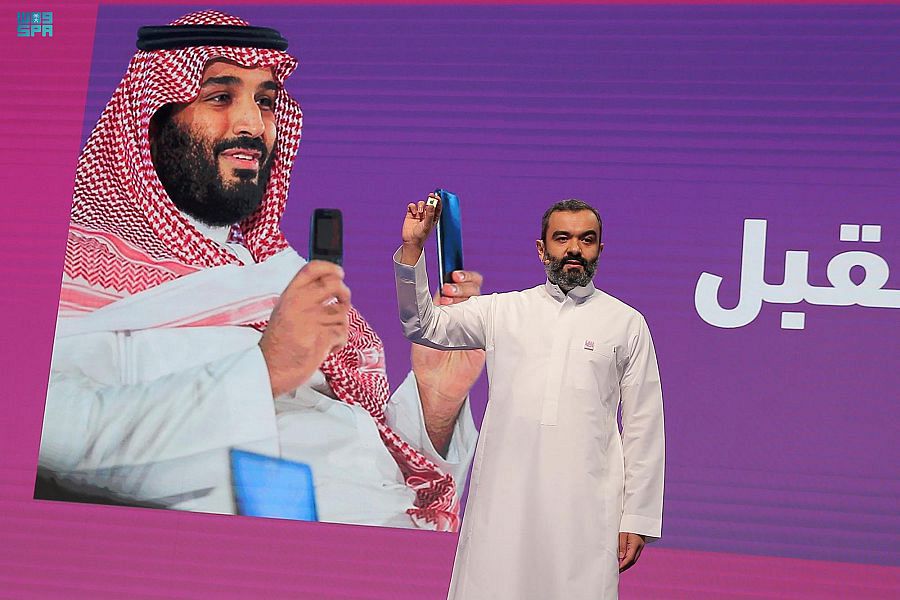 The Kingdom of Saudi Arabia announced today a package of qualitative initiatives and technological programs with a total value of nearly SAR4 billion, the biggest technological launch of its kind in the Middle East and North Africa.

The move, done in cooperation with ten of the world's key technology giants, aims to enhance digital capabilities and designed to create one programmer out of every 100 Saudi nationals by 2030, in addition to encouraging innovation and creativity and achieving global leadership.

This comes as a translation of the directives of His Royal Highness Prince Mohammed bin Salman bin Abdulaziz, Crown Prince, Deputy Prime Minister and Minister of Defense, in order to achieve the goals of the Kingdom's vision to seize the opportunities of the digital economy.

Moreover, these huge initiatives consolidate the Kingdom of Saudi Arabia's position as a regional technological hub for the most important entrepreneurs, innovators and programmers from the region and the world.

They also come as a culmination of the distinguished partnership between the Ministry of Communications and Information Technology, the Saudi Data & AI Authority (SDAIA) and the Saudi Federation for Cybersecurity, Programming and Drones.

A number of the world's leading technology companies topped by (Google, Amazon, IBM, Cisco, Oracle, Microsoft, Trend Micro and Avance Security), announced their cooperation with the Kingdom in “launching its training programs” by centers specialized in raising the digital capabilities of young national cadres, and other centers working in the field of innovation in technological entrepreneurship.

Organizers of the 'event of Launch' unveiled three major initiatives (Tuwaiq, Hemmah, Qemmah), which aim, as a whole, to raise the digital capabilities of female and male youths in the fields of programming, enhance trust between technological companies and funding agencies and encourage innovation and creativity through central gatherings and platforms.

The Saudi Federation for Cyber Security, Programming and Drones and the Ministry of Communications and Information Technology launched the two biggest technological initiatives represented by the "Tuwaiq Camp 1000" initiative, which ends with employment as well as the initiative of "Future Skills", which will be held in the Kingdom's 13 regions through 40 training camps covering four fields: cybersecurity, programming, artificial intelligence & data science and electronic games industry.

During the Launch event, the Kingdom announced that it will organize and host the global “Leap” conference next year, the world's biggest technological event and first of its kind in the region.

It also announced that it will host the RiseUp Summit in Riyadh, the biggest of its kind in the Middle East and North Africa for entrepreneurs and start-ups.

The details of the biggest global conference @Hack in the field of cybersecurity will also continue to be announced within the activities of the Riyadh season, in partnership between the General Entertainment Authority and the Saudi Federation for Cybersecurity, Programming and Drones, with Informatech and Black Hat to address cyber threats around the world by hosting Offensive Security experts for information security training, while hosting the biggest challenge of its kind in the Middle East and North Africa region.

Among the announcements that the event of Launch witnessed is the launch of “SDAIA Academy” designed to contribute to building capabilities and enabling it in the field of IA and data science, the launch of “Satr" platform” for programming with more than 1,300 educational videos, and the “Coderhub” platform, the first Arab platform specialized in programming challenges with more than 400 challenges and the launch of a special "Drones" platform to serve drone users inside the Kingdom and the business sector, in addition to the launch of the DJI Academy, the first accredited training center for drones to serve trainees in the Kingdom and the Middle East region in partnership with the global DJI Academy and STC.

In addition, a partnership with the leading e-gaming company, OneMT, is scheduled to open a special studio in Riyadh.

Trend Micro announced the establishment of its regional headquarters in Riyadh, and the start of registration for the Apple Developer Academy, the first of its kind in the Middle East and North Africa, dedicated to programmers and developers in its first phase, at its headquarters at Princess Nourah bint Abdulrahman University in Riyadh. "Erbak" media project was also announced to take place with the aim of providing content interested in entrepreneurship in the Arab world in cooperation with mbc group and "Thmanyah" for publishing and distribution, under the auspices of the Ministry of Communications and Information Technology.