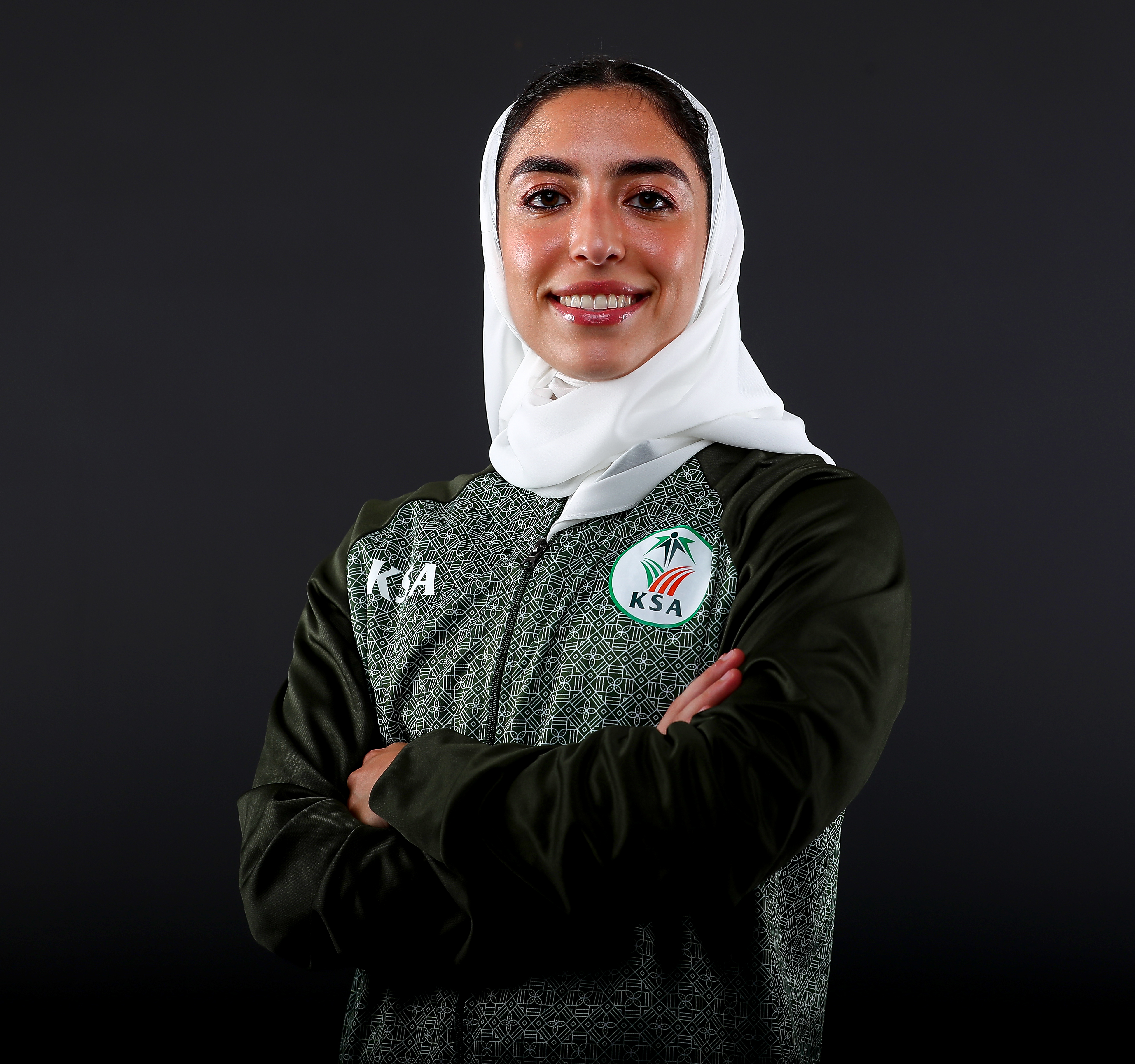 “I'M RUNNING FOR MYSELF, MY COUNTRY AND FOR ALL YOUNG SAUDIS”

Riyadh, July 2nd, 2021. As the world anticipates the opening ceremony of the Tokyo 2020 Olympic Games in almost three weeks from now, today is clearly a very special one for the young Saudi 100m talent Yasmin Al Dabbagh who has been officially announced as the first Saudi female athlete to qualify through a ‘Universality Place’ to the biggest global sporting event, making her dream come true only weeks after she has successfully broken the national female 100m dash record at the athletics national trials in June 4, 2021 with a time of 13.24.

“Dream come true.” Says Yasmeen “I'm running for myself, my country and for all young Saudis. So many people have helped me throughout my career to compete, become a better sprinter and better person. I’ll have each one of them in my mind and heart while wearing the colors of the Kingdom in Tokyo. I hope in hearing my story others young Saudi girls feel encouraged to get into sport and the world sees more Saudis competing on the international stage. Regardless of the result Saudi is a country on the move and I'm going to love every second of the Olympics."

Yasmeen, who has been trained for the last three years by the UK running legend Linford Christie, has attended high school at the Jeddah Knowledge School in Saudi Arabia, where she found her passion in sports, participating in basketball, swimming, volleyball, Gymnastics as well as track & field. However, when she went to study abroad at Columbia University, she decided to join Columbia Athletics to further develop her sporting career as a sprinter. Starting from 2019, Al Dabbagh’s ambitions to represent her country began by working with the Saudi Arabian Athletics Federation to join the national team and start to compete on a regional level, showing a clear potential in a sport that has seen a huge demand within women in Saudi Arabia, as hundreds of Saudi female athletes have formed social sporting groups in multiple disciplines of athletics, until proving her complete readiness to earn the Federation’s nomination for the ‘Universality Place’ to Tokyo 2020 after breaking the female national record of 100m in June 4 2021.

Since Rio de Janeiro 2016 Olympic Games, the Saudi sporting sector, and thanks to Vision 2030 Quality of Life program, saw a 59% increase in athletes competing in local competition, 166% increase in females competing in international competition, 117% increase in sports coaches, 150% increase in the number of female athletes, and in the last elections for all national federations, at least 30% of sporting federations have included female members of their Board of Directors, which states that Yasmin will be representing a vibrant movement that is building for a bright national sporting future.