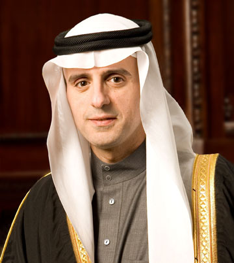 In 1987, Mr. Al-Jubeir was appointed to the Saudi Diplomatic Service and posted to the Royal Embassy of Saudi Arabia in Washington, where he served as Special Assistant to the Ambassador. In 1990-91, he was part of the Saudi team that established the Joint Information Bureau at Dhahran during Operation Desert Shield/Desert Storm.  He was a member of the GCC delegation to the Madrid Peace Conference in October 1991, and a member of the Saudi delegation to the Multilateral Arms Control Talks in Washington in 1992.  In December 1992, he was dispatched with the Saudi Armed Forces to Somalia as part of Operation Restore Hope.

Mr. Al-Jubeir was appointed Director of the Saudi Information and Congressional Affairs Office in Washington in 2000, and was named Foreign Affairs Advisor in the Crown Prince’s Court in the fall of 2000.  In August 2005, the late King Abdullah bin Abdulaziz appointed Mr. Al-Jubeir to the position of Advisor at the Royal Court until his appointment as ambassador to the United States on January 29, 2007, a position he held until his appointment as foreign minister.

Mr. Al-Jubeir was Visiting Diplomatic Fellow at the Council of Foreign Relations in New York, 1994-95. He has lectured at universities and academic institutions in the U.S. and has appeared frequently in the media. In 2006, he received an honorary doctorate in humane letters from the University of North Texas.

Mr. Al-Jubeir is fluent in Arabic, English and German.