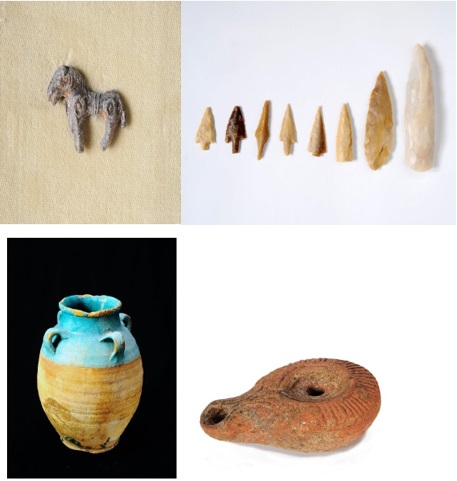 The Riyadh-based forum, hosted by the Saudi Commission for Tourism and National Heritage, underscores the Kingdom of Saudi Arabia’s deep history—and the wide reach in which its cultural antiquities have spread across the globe.

“We are grateful to these individuals for helping the Kingdom of Saudi Arabia safeguard its heritage for generations to come. As the National Antiquities Forum highlights, the protection of historical artifacts feeds into the preservation of a country’s national identity. Through these generous contributions, we can further showcase our heritage for those in the Kingdom, and around the world,” His Royal Highness Ambassador Prince Khalid bin Salman bin Abdulaziz Al Saud, the Kingdom of Saudi Arabia’s ambassador to the United States of America, said.

From diving into ancient trade routes to uncovering traditions embedded among the Islamic pilgrimage to Makkah, the National Antiquities Forum will showcase antiquities from prehistoric times though the end of the fourteenth century. Separate workshops will explore the latest innovations in archeological excavation, while addressing the role the media and citizens alike can play in cultivating a national responsibility to protect historic artifacts.

The National Antiquities Forum follows a string of global events celebrating the Kingdom of Saudi Arabia’s antiquities. From 2010 through Oct. 2017, the Roads of Arabia Expo displayed more than 300 archeological masterpieces in more than 10 cities across Europe and the U.S. The groundbreaking tour reflected the first display of Saudi artifacts outside of the Kingdom. The Kingdom’s increasing international presence comes on the heels of ongoing efforts to enhance and expand the country’s cultural footprint.

The event on Tuesday at the embassy honored the Americans who donated artifacts. The Washington, D.C., proceedings live-streamed the forum from Riyadh, providing attendees a live-look at the event in the Kingdom.