Prince Mohammad was born in Jeddah on Aug. 30, 1959, a son of the late Crown Prince Naif bin Abdulaziz Al-Saud, Deputy Prime Minister and Minister of the Interior. He began his education at the Model Capital Institute in Riyadh, and received a Bachelor of Arts degree in political science in 1981 from the United States. Prior to joining the Ministry of Interior in 1999, he was in private business. 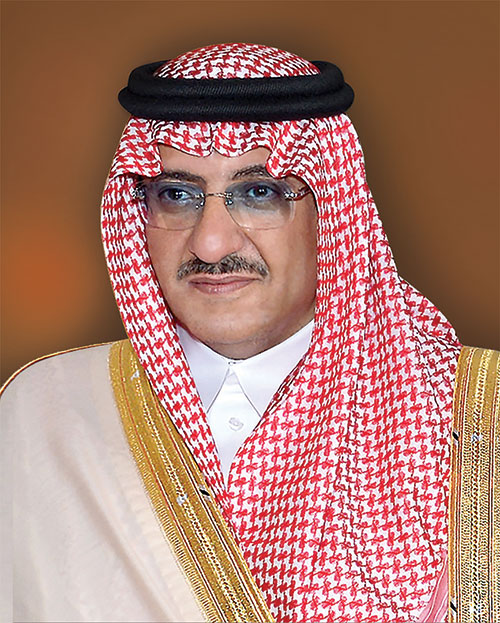 He received advanced law enforcement and counter-terrorism training in the U.S. and the United Kingdom. The Custodian of the Two Holy Mosques King Fahd bin Abdulaziz appointed Prince Mohammad Assistant Minister of Interior for Security Affairs on May 13, 1999 and, on July 22, 2004, he was appointed to the rank of minister where he oversaw the implementation of the Kingdom’s successful counterterrorism campaign. Prince Mohammad was instrumental in setting up the Mohammad bin Naif Counseling and Care Center in 2006. He was named Deputy Minister of Interior in 2012. He survived a number of assassination attempts, including one by al-Qaeda in the Arabian Peninsula in 2009.

He also chairs various humanitarian and service committees that provide relief from natural and man-made disasters, including in Lebanon, Palestine, Somalia, Syria, Afghanistan and Pakistan.